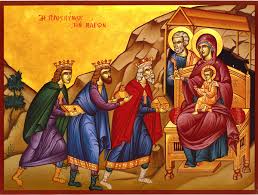 DailyDevotion Do You Know The Mystery of Christ?

Eph 3:1-6  For this reason I, Paul, a prisoner of Christ Jesus on behalf of you Gentiles—  (2)  assuming that you have heard of the stewardship of God’s grace that was given to me for you,  (3)  how the mystery was made known to me by revelation, as I have written briefly.  (4)  When you read this, you can perceive my insight into the mystery of Christ,  (5)  which was not made known to the sons of men in other generations as it has now been revealed to his holy apostles and prophets by the Spirit.  (6)  This mystery is that the Gentiles are fellow heirs, members of the same body, and partakers of the promise in Christ Jesus through the gospel.

For what reason? The reason that Paul’s listeners are being built into a dwelling place for God. Now Paul’s readers were a mix bag of Jews and Gentiles. While everyone believed both Jew and Gentile could be saved, they were still unclear as to how they were to relate to one another. Some passages in the Old Testament make it seem as if the Gentile believers would be subject to the Jewish believers in the kingdom of God.

Paul has had the mystery of Christ made known better to him through revelation of Jesus Christ. The Lord Jesus himself instructed Paul into these things and appointed him to the be the apostle to the Gentiles. There were hints at it throughout the Old Testament. The Lord told Abraham that his seed (singular) would be a blessing to the nations. The Lord had prophesied through the prophets it was too small a thing for the messiah to save just the children of Israel. He would saved the nations also.

But now the Spirit has revealed that in Christ Jesus, the Gentiles are fellow heirs of the kingdom with the children of Israel. There would no difference between them. One would not rule over the other. In Jesus, they all have the same inheritance who is the Lord himself.

There is no other mystery. There are no hidden gospels. There are no other hidden secrets of Jesus. This is it and its huge. You who are Gentiles are equal and fellow partakers of the kingdom of God through faith in Christ Jesus. Thanks be to God.

Heavenly Father, you sent your Son Jesus Christ to be the light of all nations and to gather people of every language, tribe, people and nation to part of his holy body. Grant us faith that we too may be partakers of his promises and inherit the kingdom on the Last Day. In Jesus’ name we pray. Amen.