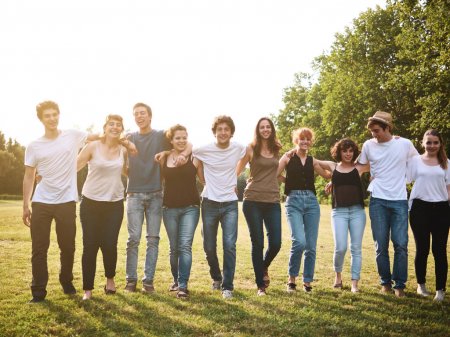 #DailyDevotion Being Great In The Kingdom Of God

Matt. 1815“If your brother sins against you, go and point out his sin to him when you’re alone with him. If he listens to you, you have won your brother. 16But if he won’t listen, take one or two with you so that you have two or three witnesses to establish every word. 17If he won’t listen to them, tell it to the church. But if he won’t even listen to the church, treat him like a pagan and a tax collector. 18I tell you the truth, whatever you bind on earth will be bound in heaven, and whatever you set free on earth will be free in heaven. 19“Again I tell you, if two of you here on earth agree to ask for anything, My Father in heaven will do it for you. 20Where two or three have been brought together in My name, there I am among them.”

In a conversation about who is the greatest in the kingdom of heaven, Jesus finishes answering the question with these words. Matthew eighteen here is probably one of the best known passages in Matthew but unfortunately isn’t one of the best practiced passages. What I mean by that is when we have been sinned against many times we go about telling everyone but the person who aggrieved us that we have been done wrong. This unfortunately ends up driving a wedge deeper between you and your brother. In the not so distant past we would do it on the schoolyard, beauty shop or barbershop. Today we text, tweet, Facebook, TicToc and the like.

But the person who is greatest in the kingdom of heaven is he, who when sinned against, first goes to his brother, privately, in order to call him to repentance and win back the brother. Yes, before we go off and talk to other people about what happened to us, we first go to the person who sinned against us. The purpose for this going to the person is not to feel better and more superior than the accused. The purpose is to win the brother back as a brother.

If that doesn’t work (and you don’t have to just once privately), Jesus suggest taking a witness along. This is to have others rightly establish the facts of what happened. It isn’t to gang up on the person to force them to repent. Having established the facts, if you are in the right and the other person needs to repent, they may then join you in calling the person to repent. Now of course the third part can only truly happen if the accused is a member of your congregation, your church. If the accused agrees to the facts of the “case” with the church but refused to repent of this actions, the church now may do what Jesus gave to Peter earlier, to bind his sin to him. If he does repent, the church may also loose his sin from him. He would then be treated as a pagan or a taxcollector.

We should note that context of binding and loosing here, the whatever here, is sins and forgiveness. It isn’t about making up doctrine. We have this great promise from Jesus when we gather in his name, he is there with us to retain the sins of the unrepentant and to forgive or loose the sins of the repentant. For this reason, a congregation can call a pastor, for the congregation possesses the keys from Jesus and through them Jesus calls a man to be his representative to the congregation, to bind and to loosen sins, to preach, to teach, to absolve, and to administer the sacraments.

In summary, to forgive those who sin against us is to be great in the kingdom of heaven.

Heavenly Father, grant us the wisdom of the Holy Spirit when we are sinned against, so we may be able to win our brothers over to repent of their sins and we can bestow upon them your forgiveness and gain our brother back. In Jesus’ name we pray. Amen.