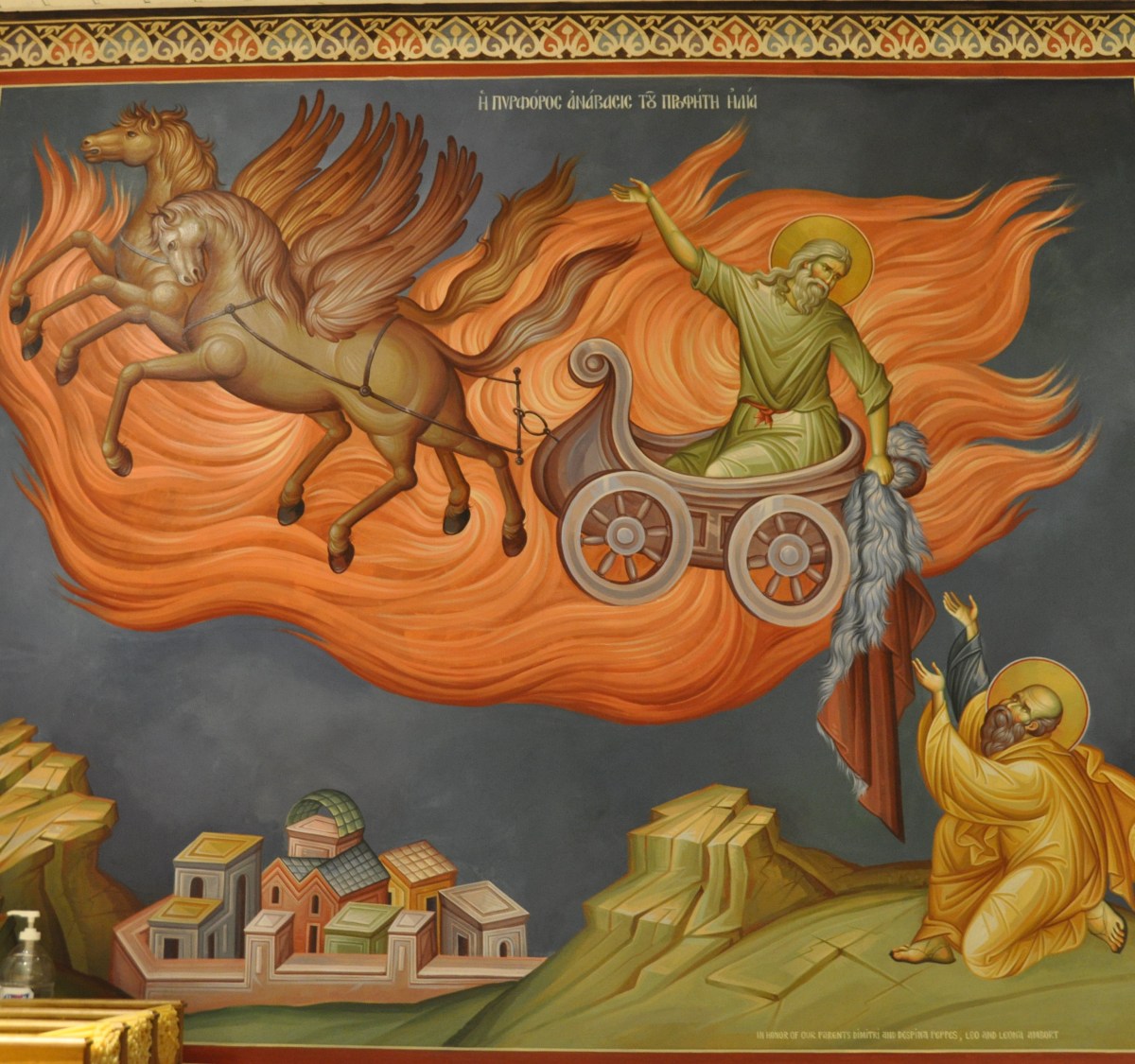 #DailyDevotion Being Faithful Has Its Rewards

2 Kings 27Then 50 of the prophets went and stood at some distance from these two men who stood by the Jordan. 8Elijah took his coat, rolled it up, and struck the water. It divided in two parts, and the two men went over on dry ground. 9“Ask what I should do for you,” Elijah told Elisha when they had crossed over, “before I’m taken away from you.” “May a double share of your spirit be on me,” Elisha answered. 10“You have asked for something difficult,” he said. “If you see me taken away from you, it will be that way, but otherwise not.” 11As they were walking along and talking, there came a fiery chariot with fiery horses, separating the two, and Elijah went up in a whirlwind to heaven. 12“My father, my father!” Elisha cried out when he saw it. “Israel’s chariot and horses!” When he didn’t see him anymore, he took hold of his own garment and tore it into two pieces.

We can only assume the LORD had told Elijah that he was going to be taking him away and to where he was told to go before his departure. It seems the other prophets were in on this knowledge as well as they kept asking Elisha about Elijah’s upcoming departure. Elisha didn’t want to think or talk about it. He had been with Elijah for a while now and he had become as a father unto him.

When they finally got to the spot of Elijah’s departure he asked Elisha what he could do for him. Elisha wanted a double portion of Elijah’s spirit. I can only imagine that he believes with that he would be able to do twice as much of the miracles that Elijah could do, like dividing the Jordan or calling down fire from the LORD to consume the sacrifice. Maybe he knew the Israelites would be twice as bad towards him as they were toward Elijah so he needed more of spirit. Perhaps he wanted to preach twice as boldly the Word of the LORD to his people so he might call some to repentance and they would not perish. We do know after Elijah departure that Elisha would have the same power and authority that Elijah did.

Elijah’s answer seems a bit enigmatic,  “You have asked for something difficult. If you see me taken away from you, it will be that way, but otherwise not.” Why would this be difficult? Why should it matter if Elisha sees him or not when he is taken away? The text does not say nor does the Bible ever really elucidate why this is so. It is though perhaps a hard thing, at least as far as Elijah is concerned because it simply wasn’t up to him. He had no power to grant it. But, if Elisha continued to be faithful to Elijah until his departure then the LORD would reward him with what he requested. We know of course Elisha did remain with Elijah until his departure and he received what he asked for.

Now we too have one who is greater that Elijah or Elisha, Jesus Christ our LORD. We did not see his departure but the Apostles did. Jesus bestowed upon them his Holy Spirit. When we believe their message, Jesus through that Word gives us his Spirit. With this Spirit we are born from above of the Father and become children of God. When we see Jesus return with all his angels, we shall be resurrected and transformed into his glorious image and likeness outwardly even as now he is transforming us inwardly from one degree of glory to the next.  We need just be faithful to him unto death even as Elisha was faithful unto Elijah unto his departure.

Heavenly Father, continually give us your Holy Spirit that we may be faithful unto death to our LORD Jesus Christ so we may be like him when he returns in glory. In Jesus’ name we pray. Amen.