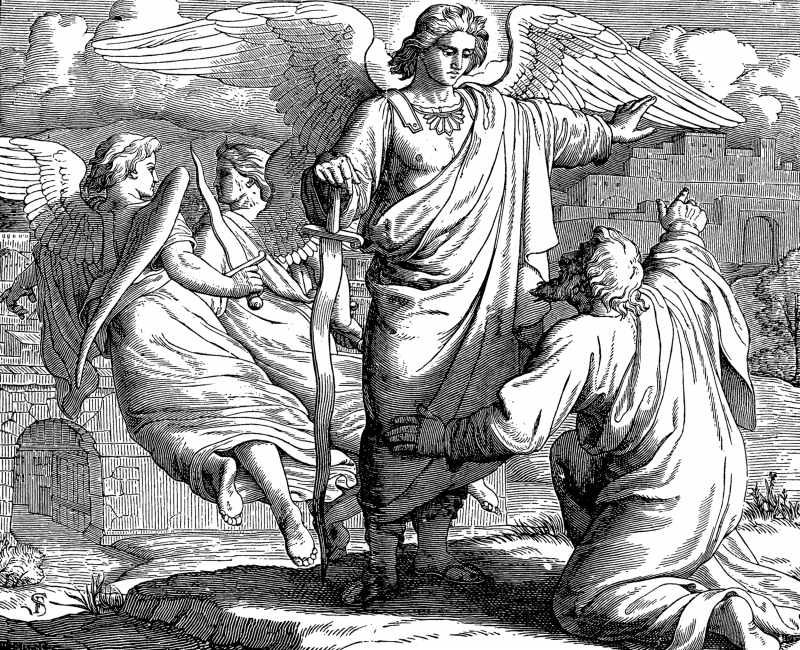 #DailyDevotion As Christians We Are Called To Intercede For The World

Gen. 18:20The LORD continued: “The outcry over Sodom and Gomorrah is so great, and their sins are so terrible, 21I’m going down to see whether or not they’ve done everything I’m told by those who cry to Me. I want to know.” 22The men left and went on to Sodom while Abraham kept standing before the LORD. 23Abraham came closer and asked, “Will You really wipe out the innocent with the wicked? 24What if there are 50 innocent people in the town? Will You wipe them out? Won’t You spare the place for the 50 innocent people who are there?…  32“Don’t be angry, my LORD,” he said, “if I talk just once more. Suppose 10 are found there.” “I’ll not destroy it,” He answered, “for the sake of the 10.” 33When the LORD finished talking to Abraham, He left, and Abraham went home.

So the LORD decides to disclose to Abraham what his plan to destroy Sodom and Gomorrah. Why is the LORD going to do that? Well he says, “The outcry over Sodom and Gomorrah is so great, and their sins are so terrible, 21 I’m going down to see whether or not they’ve done everything I’m told by those who cry to Me. I want to know.” There is an outcry over their terrible sins which is very great but why who? We do know from the account of Lot lustful sexual immorality certainly ran rampant. No doubt there were other sins against many people there. Paul tells us where  idolatry is these are soon to follow, Rom 1:29-32  “They were filled with all manner of unrighteousness, evil, covetousness, malice. They are full of envy, murder, strife, deceit, maliciousness. They are gossips,  (30)  slanderers, haters of God, insolent, haughty, boastful, inventors of evil, disobedient to parents,  (31)  foolish, faithless, heartless, ruthless.  (32)  Though they know God’s righteous decree that those who practice such things deserve to die, they not only do them but give approval to those who practice them.”

Now given that the LORD would not find 10 righteous people in that place, it is doubtful the people sinned against were crying out to God. Creation itself cannot stand our sin that pollutes it. The ground those cities stand upon could not take it. So the LORD determines, indeed before he even goes there to destroy the place. When he says he’s come down to see if it is true is only a condescension on God’s part that we might comprehend it.

Now Abraham is a prophet and a priest. As far as being a prophet is concerned he preaches God’s word to people around him. Abraham is also a priest.  As a priest, Abraham intercedes to the LORD for the people around him. While Abraham is certainly concerned for his nephew Lot and his family, he is also concerned for all the people there. So he intercedes for the people in those places the LORD has determined to destroy as a witness to us about God’s future punishment of wickedness in the world. Since he is a friend of the LORD, Abraham speaks as a friend to the LORD. He prays for the people of Sodom and Gomorrah that the LORD not punish them as they deserve for the sake of the people there who are righteous, so that the righteous would not be carried away with the wicked. We Christians also are priests of God and friends of the Lord Jesus Christ. In similar fashion, as we see the wickedness growing all around us, we should be praying for the word of repentance to go out and rescue even the worst of sinners from the coming destruction the LORD has planned for the world. We need only read what the Lord condemned through Paul above to know the wickedness of the world around us. Yet the Lord Jesus Christ died so those who practice those things may repent, believe in him and inherit eternal life. So like Abraham, let us intercede for our city, country, country and world to hear of Jesus, repent and be saved.

Almighty God and Father, Judge of all the earth, grant the word of the gospel of Jesus Christ go forth into the world and rescue many so they may not be destroyed for the wickedness they have committed but be changed into the image of your son Jesus Christ. In Jesus’ name we pray. Amen.

Good morning Pastor. I hope you are enjoying the cooler weather!