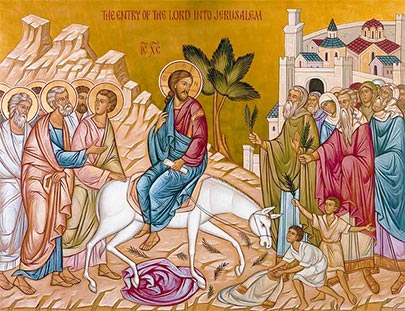 #DailyDevotion Are You Willing To Be Gathered?

Luk 13:34-35  O Jerusalem, Jerusalem, the city that kills the prophets and stones those who are sent to it! How often would I have gathered your children together as a hen gathers her brood under her wings, and you were not willing!  (35)  Behold, your house is forsaken. And I tell you, you will not see me until you say, ‘Blessed is he who comes in the name of the Lord!’”

Jesus continues his lament over Jerusalem. The city that was to be a light on a hill to the nations leading them to the Lord instead turned aside from the Lord and worshipped things which are not God. They would not hear the Lord’s call to repentance through the prophets the Lord God had sent to them. Instead they mistreated and killed the prophets who pointed out their sins calling them to repentance and faith in the Lord.

The Lord had not only sent prophets, but he had sent disasters and foreign nations against Jerusalem, having warned them to repent but they would not. Even after the exile the Jews were a hard headed and stiff necked people. While his name were upon their lips their hearts were far from him. The Lord however continued to reach out to them. As Jesus says, “How often would I have gathered your children together as a hen gathers her brood under her wings, and you were not willing!” The problem wasn’t on God’s end to receive them into his life. They were not willing.

Jesus, who is their Lord, would come to their forsaken house in due time. When he came, he would be coming to die at their hands. They would receive him with, “Blessed is he who comes in the name of the Lord,” but at the end of the week they would be crying, “Crucify him! Crucify him!” Yet this is for their benefit and for ours. The Lord Jesus will use their hardened hearts to have them offer him up as the atoning sacrifice for the sin of the world. By his death Jesus would become our Passover Lamb providing the blood that would cover us and cause death to pass over us. He would show his victory over sin and death by rising from the dead. Many in Jerusalem, Judea and Galilee would come to faith in Jesus and repent of their sins and be gathered to him.

Now Jesus has called us to repent of our sins. Through his prophets, apostles and pastors he calls us to turn from hatred, sexual immorality, drunkenness and drugs, jealousy, envy and spite, from back biting and all other actions that do not flow from his love and to turn to his love he has shown us on the cross. The love he has shown us on the cross demonstrates his forgiveness for these sins and indeed enacts that forgiveness. Will you be gathered to Jesus? Will you be willing to say, “Blessed is he who comes in the name of the Lord”? Or will you harden your heart like Jerusalem and be destroyed in the end?  Be gathered to Jesus and live.

Merciful and loving Father, you sent Jesus to call us to repentance and to provide the atoning sacrifice for our sins. Give us hearts that would be willing to be gathered to him and receive his forgiveness and love so we may live lives according to your will. In Jesus’ name we pray. Amen.