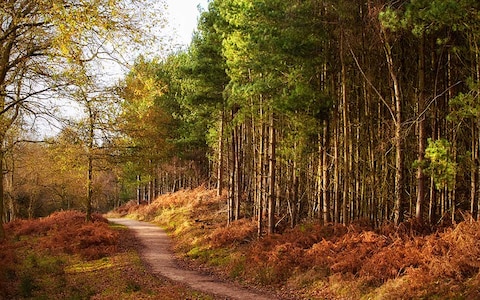 #DailyDevotion Are You Looking For The Day The Trees Applaud?

10As rain and snow come down from heaven and don’t go back again but water the ground and make it produce and grow and give seed to the sower and bread to the eater, 11so will My Word be that I speak. It will not return to Me empty but it will accomplish what I want and achieve what I had in mind. 12You will go out with joy and be led out in peace. The mountains and the hills will break into shouts of joy before you, and all the trees in the field will happily applaud. 13Where there was a thornbush, a cypress will grow. Where there was a brier, a myrtle will grow. And this will honor the LORD and be an everlasting sign that will not be cut down.”

These words of the LORD from Isaiah follow some of the most gospel statements from this prophet. Indeed the words of comfort are so great from chapter forty forward many scholars don’t think it from the same prophet because of the doom and gloom of the first thirty-nine chapters. But it is good there is gospel that follows such harsh condemnation that we might having the law have its full effect on us and destroy us that we would have a word of comfort to bring us back to the LORD. In the verses immediately before these the LORD says that if a man comes back to him he would forgive him because “My thoughts are not your thoughts, and your ways are not My ways,…”

So the Word the LORD speaks is like water to the ground that produces produce that feeds the inhabitants of the world so his Word will not return to him empty. The LORD had spoken a Word of judgment, death and destruction. What he said came to pass for the Israelites and for the Jews. He also spoke a Word of comfort and grace. He spoke a Word of a Servant he would send who would redeem not only Israel and Judah but the whole world. He would send a Servant who would in his flesh be mistreated and punished. By this stripes and the shedding of his blood the sin of the world would be atoned for. The nations would turn him and be healed. They would join themselves to Israel and Judah and become one with them.

Well this came to pass. The LORD himself became this Servant. He took on human flesh and in that flesh made himself an atoning sacrifice for sin, for the sin of the world. Our transgressions, our guilt, our sin was laid on him and peace was made between God and men. Jesus is this LORD and Jesus is this Servant. A crown of thorns was placed upon his head and he was buried. He rose from the dead on the third day. In its place a cypress arose. The kingdom of God which will not be cut down has arisen, the sprig of Ezekiel from the cedar was planted on the hill of Jerusalem and is growing into a mighty tree.

Because Jesus, the LORD, the Servant of the LORD has done this the curse of Adam is removed. Creation is restored (that is we shall see it on the Last Day). Jesus goes out with joy and peace and creation rejoices because its shackles are going to be release even as we shed mortality for immortality. As Paul says in Romans, 819“For the created world is waiting on tiptoe to see the unveiling of God’s sons. 20For this created world must waste away, not because it wants to but because its Master would have it so, but it does so with the hope 21that this created world also will be freed from the slavery of decay in order to share the freedom of glory with the children of God. 22We know that all creation has been groaning with the pains of childbirth until now.” When we who are Christians are revealed as to who we are, God’s children in Christ Jesus, the we shall see the Word spoken by the prophet Isaiah fulfilled and creation will rejoice; the trees will happily applaud with joy. We will rejoice with them.

Heavenly Father, the Word you speak comes to pass and causes what you say into being. You have pronounced judgment and salvation in your Son Jesus Christ. Grant that your Word may indeed put to death in us our sin and raise us daily to newness of life so we may we raised with all creation unto life everlasting. In Jesus’ name we pray. Amen.