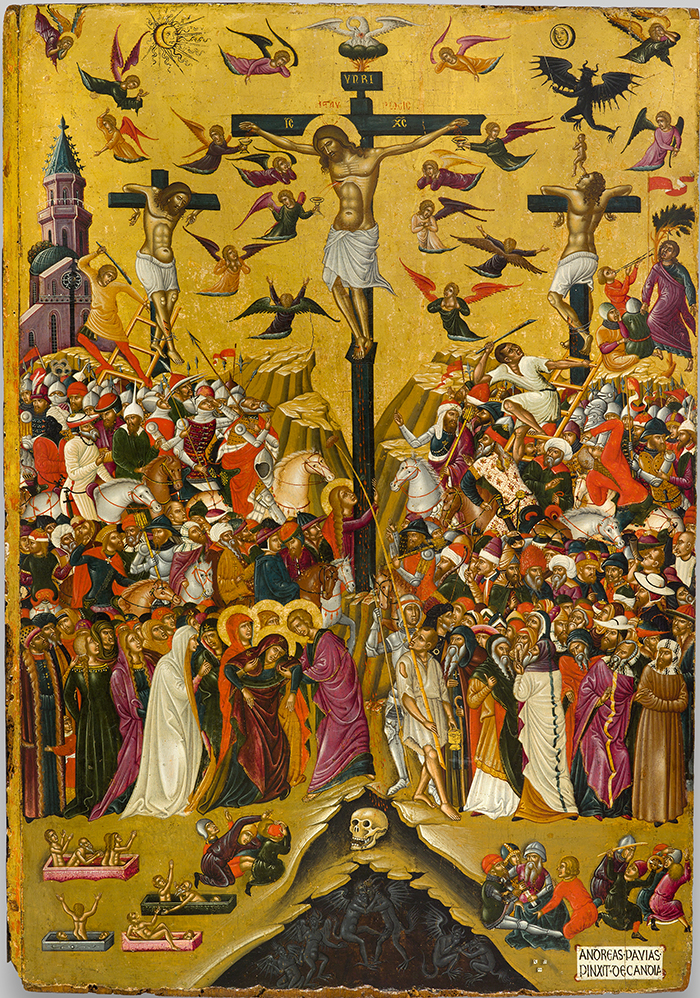 Romans 512One man brought sin into the world, and his sin brought death. And so because all have sinned, death spread to all people. 13There was sin in the world before the Law was given, but where there is no Law, sin isn’t counted. 14Still death ruled from Adam to Moses even over those who, when they sinned, didn’t break a law as Adam did. He was a picture of Him Who was to come.

One man, Adam, brought sin and death into the world. He had one commandment, “Don’t eat that fruit!” Adam rebelled against the LORD and ate it. He received in himself the consequence of that sin, what the LORD had warned, death. That sin and death he passed to his offspring. Because of that all have sinned and death spread to all people. Adam was created with a living ‘nephesh’ but now he is a dead nephesh. All his descendents are conceived and born as dead ‘nephesh.’ Because they are dead nephesh they cannot but sin. They do not have the life of God in them. They do not have the Holy Spirit in them. They are completely ruled by sin. Since this is so, all sin and all die.

The Law in verse thirteen is the Torah, the instructions given by the LORD to Moses. There was sin in the world before that was given. Yet the LORD did not leave man without any instruction. Paul writes earlier in chapter 215“They show that what the law wants them to do is written in their hearts. Their conscience tells the same truth, and their thoughts between themselves accuse them or defend them,…” Though corrupted by sin and death, man has a conscience which convicts him of sin or defends him. It is against this conscience than man without the Torah sins against and which further corrupts him and puts him to death. The man who has not yet been born of the Spirit is already the walking dead. He has no life in him. Sin, death and the devil rule over him.

What does Paul mean when he says, “sin isn’t counted?” Well we know that to him is much is given, much is required and to him little is given, little is required. Man is not accountable for the Law that is not given or revealed to him. The one whom little is given, little is required. To all men though, through Creation, God has revealed himself as the Creator. In chapter one, Paul shows all men are guilty of not worshipping God as their Creator. In chapter two we see men sin against their consciences and so they are accountable to God on account of that. But they are not held accountable to the Law of Moses which is God’s will revealed to the Israelites.

Men did not break the law as Adam did. He had a direct command from God. He rebelled. The rest of mankind did not have such a spoken law (with the exception of don’t murder given to Noah and his family). Their sinning was not like Adam’s sin, yet death reigned over them. They were born dead in trespasses and sins. (Eph) Now Adam was a picture, an image of the One to come. That there was one to come shows us the LORD had always intended on becoming one of us and to draw us up into himself as he assumed our human nature.

Jesus is the New Adam. Truly God and truly Man. He is the Son of Man. Unlike his forebear Adam who rebelled against the LORD’s command, Jesus obeys the Father in everything and in every way, not only according to the letter of God’s instructions but according to the Spirit of them. He is not ruled by sin, death and the power of the devil. Being sinless, Jesus offers himself to death and the power of the devil by taking our sin upon himself and receiving in himself the due penalty for our sin, death. Now he offers to us his life for free.

Heavenly Father, you sent your son Jesus Christ into the world to do what the first Adam didn’t do and through that earn for all humanity your life with which they were not conceived with. Grant us faith in Christ Jesus so we may receive this life as your gift and live with you forever. In Jesus’ name. Amen.