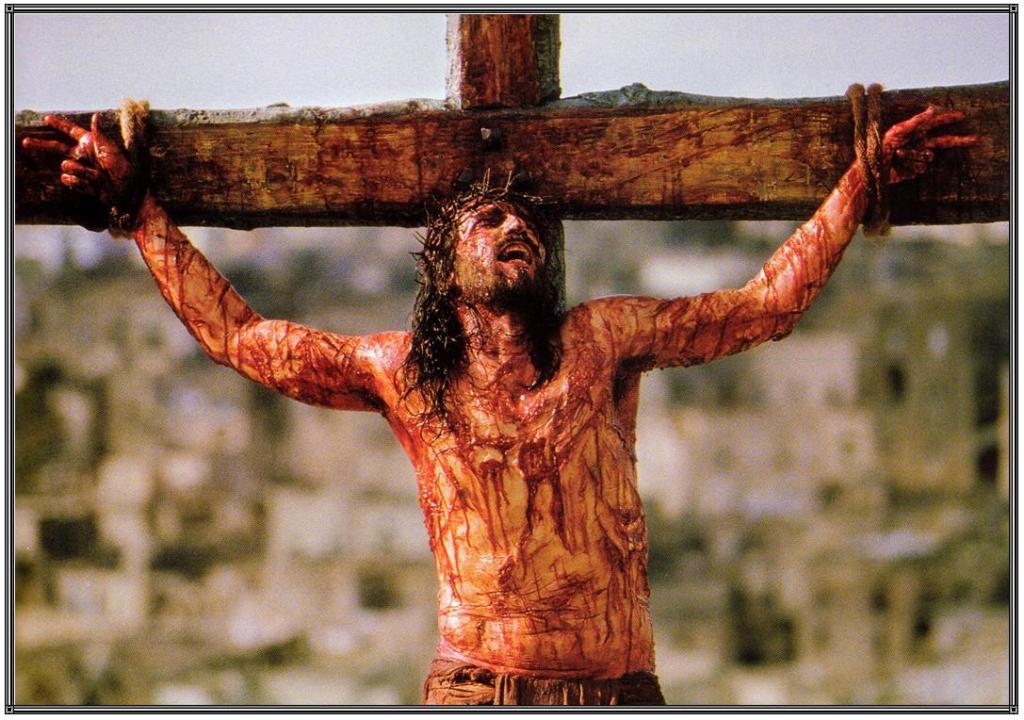 #DailyDevotion A Crucified Christ Is The Power & Wisdom Of God

1 Cor. 120 Where is the wise man? Where is the Bible scholar? Where is the debater of our time? Hasn’t God made foolish the wisdom of the world? 21Since by God’s wisdom the world by its wisdom didn’t get to know God, God decided to use the foolishness of our preaching to save those who believe. 22Now that Jews ask for miraculous signs and Greeks look for wisdom, 23we preach a crucified Christ. The Jews stumble over Him, the Greeks think He’s something foolish, 24but to those who are called, both Jews and Greeks, He is Christ, God’s power and God’s wisdom. 25God’s foolishness is wiser than men’s wisdom, and God’s weakness is stronger than men’s strength.

Well everybody who thinks they are something according to the world’s standards of wisdom and knowledge have been made foolish by God. The world in its wisdom didn’t get to know God. It may believe there is a God. But they make God, on their best day, in their own image and likeness. Certainly as far as their gods character and the like, s/he/it is just like them just stronger, like superheros.

But the true God has revealed himself and his great love for us in that he sends his only begotten Son into the world to become one of us and to sacrifice himself for us. That is the foolishness of our preaching. This is love, not  that we loved God but that he loved us and sent his son to be the atoning sacrifice for the world, including those who would not believe in him. This is the message and the wisdom that saves those who will believe.

Some people, like the Jews ask for miraculous signs or they won’t believe. The God they say they worship gave Jesus who healed the sick, made the death hear and the mute speak, and raised the dead, God had him crucified, dead, buried and risen from the dead. Being risen from the dead is the only sign they get and they refuse to believe it despite the empty tomb.  They Greeks look for wisdom. People like this need everything to make sense. Yet God because he is God is far above human wisdom and understanding. They think they only see contradiction and foolishness yet God only gives them a crucified Jew outside of Jerusalem who died for their sins.

Yes, the only message we have is a crucified Christ. Christ the Author of Life and the Lord of Glory dead on a cross is our good news. He has overcome his own self-preservation and placed himself in the mercies and promises of his Father to die on the cross. By this crucifixion he has won for the world forgiveness, eternal life, communion with God, being made heirs and children of God and if that is too little for you even more, more than you can ask or imagine.. This is a stumbling block to those like Jews and foolishness to those like the Greeks.

Yet to those of us who are called, who have been chosen in Christ before the foundation of the world, Jesus is Christ, the power and the wisdom of God. God’s power is greater than man’s strength and his wisdom is greater than man’s wisdom.  For we see the need for our salvation. We see God’s wisdom in providing what we needed. We can see and experience the strength of his resurrection when we come to faith in Jesus for it is his power that makes that faith possible.

Almighty and all wise God and Father, you sent your Son Jesus Christ to die for our sins on the cross that we might have life and salvation. Grant us your wisdom continually so we may refute the critics and give us your Holy Spirit that we might have to power to persevere in this faith in Jesus’ name we pray. Amen.